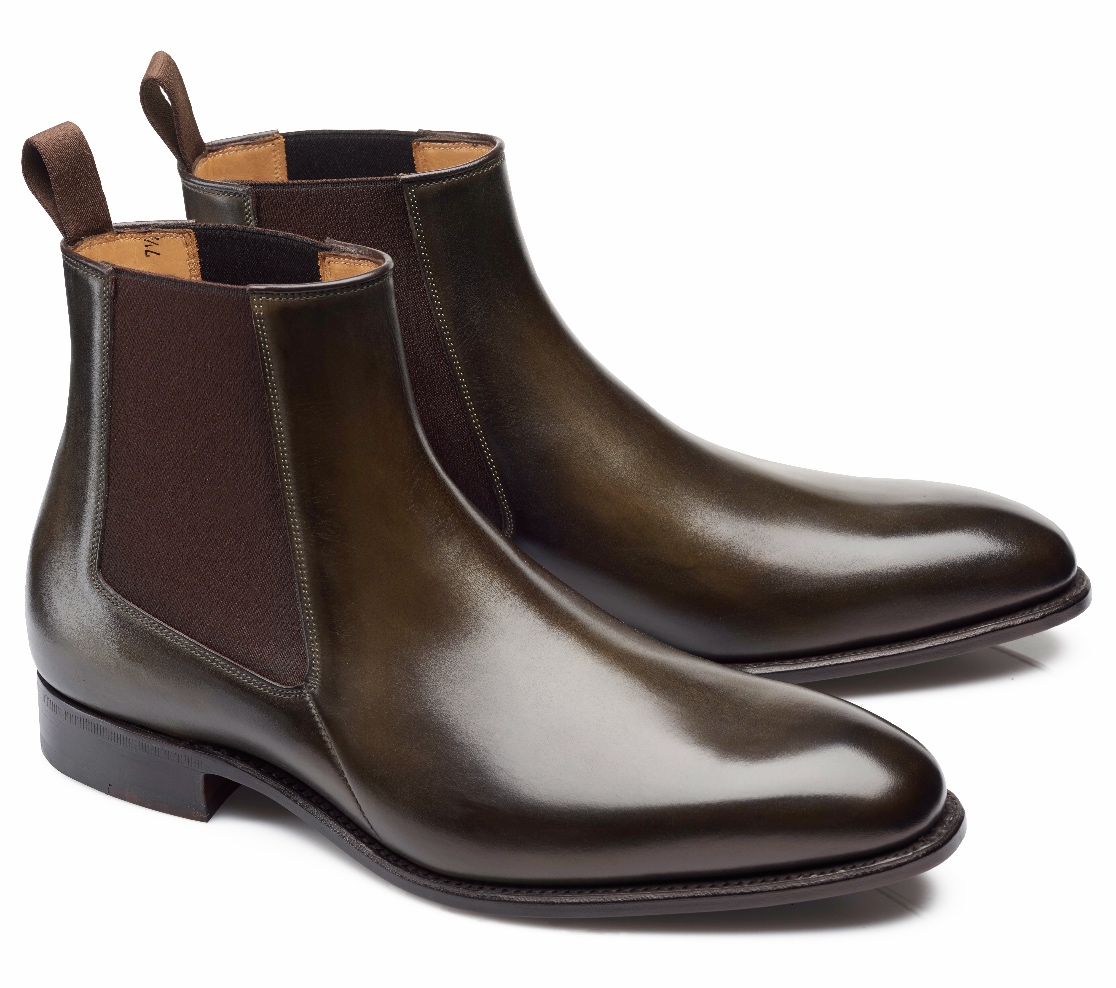 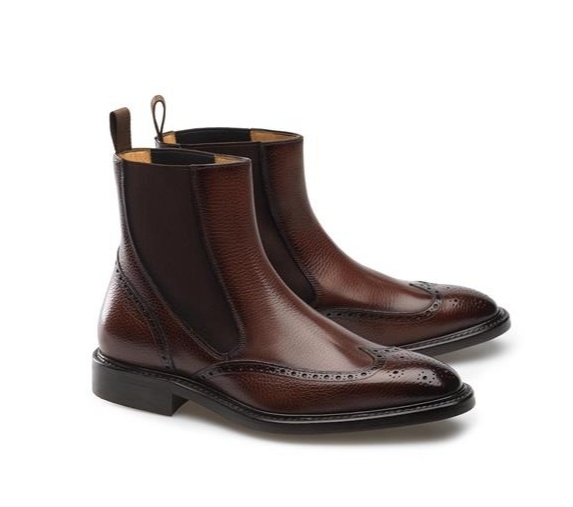 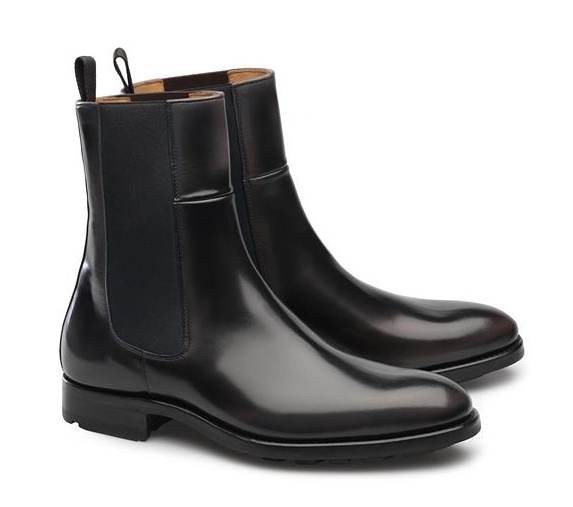 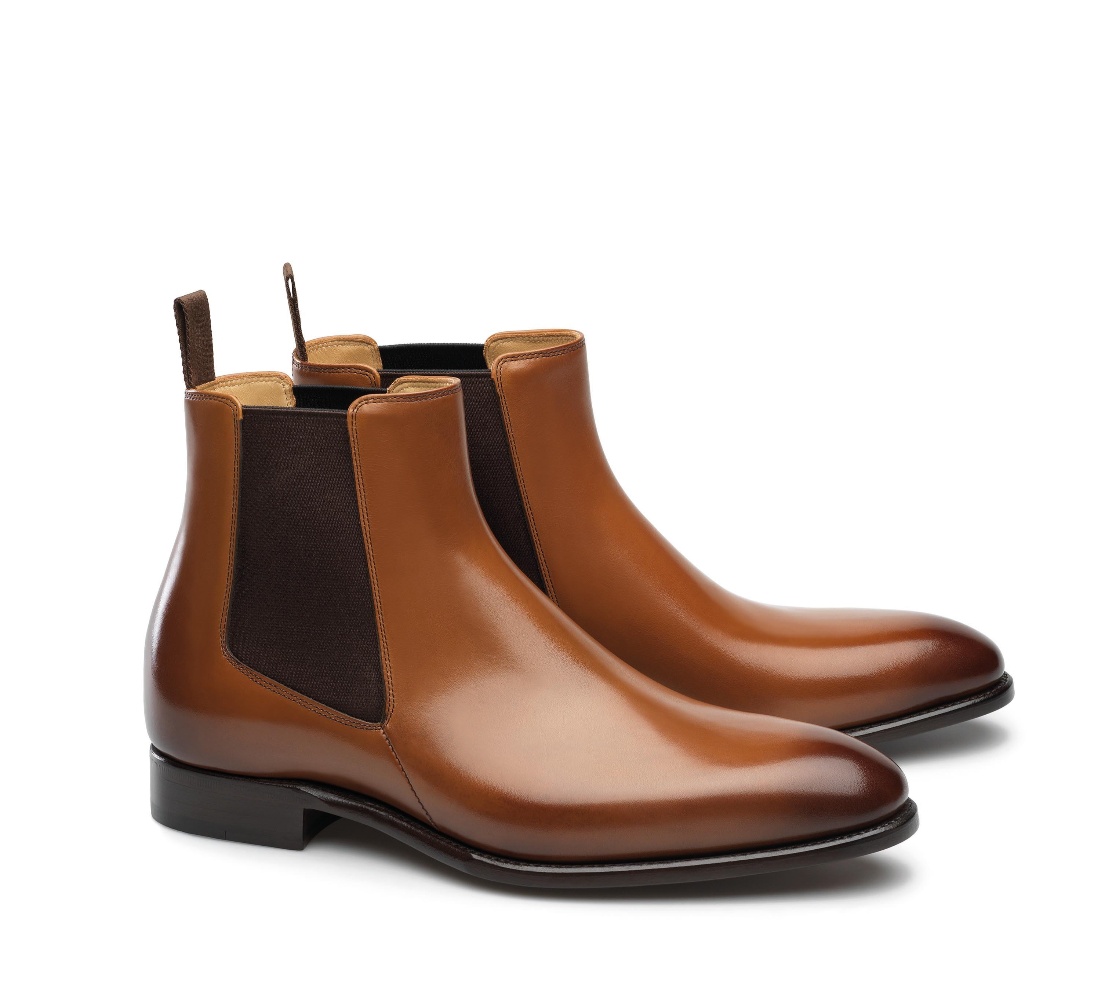 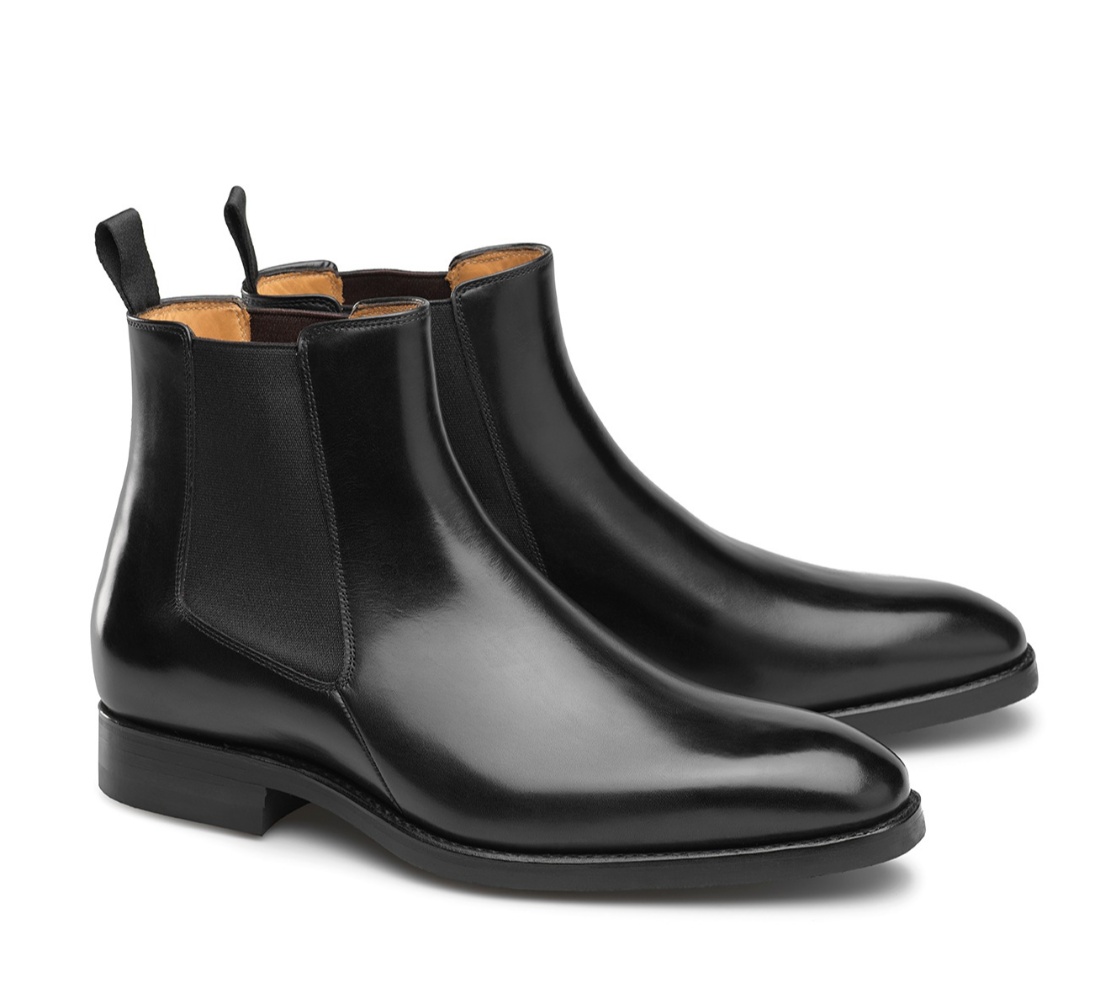 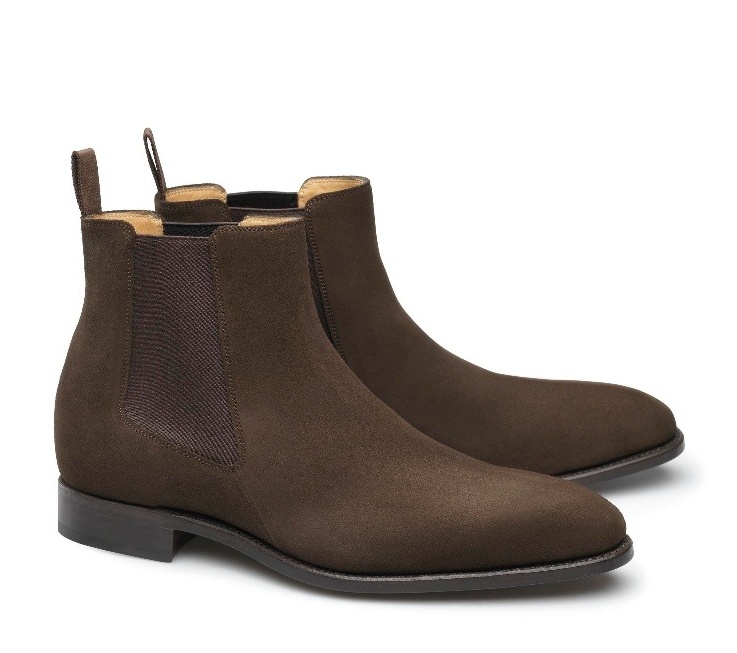 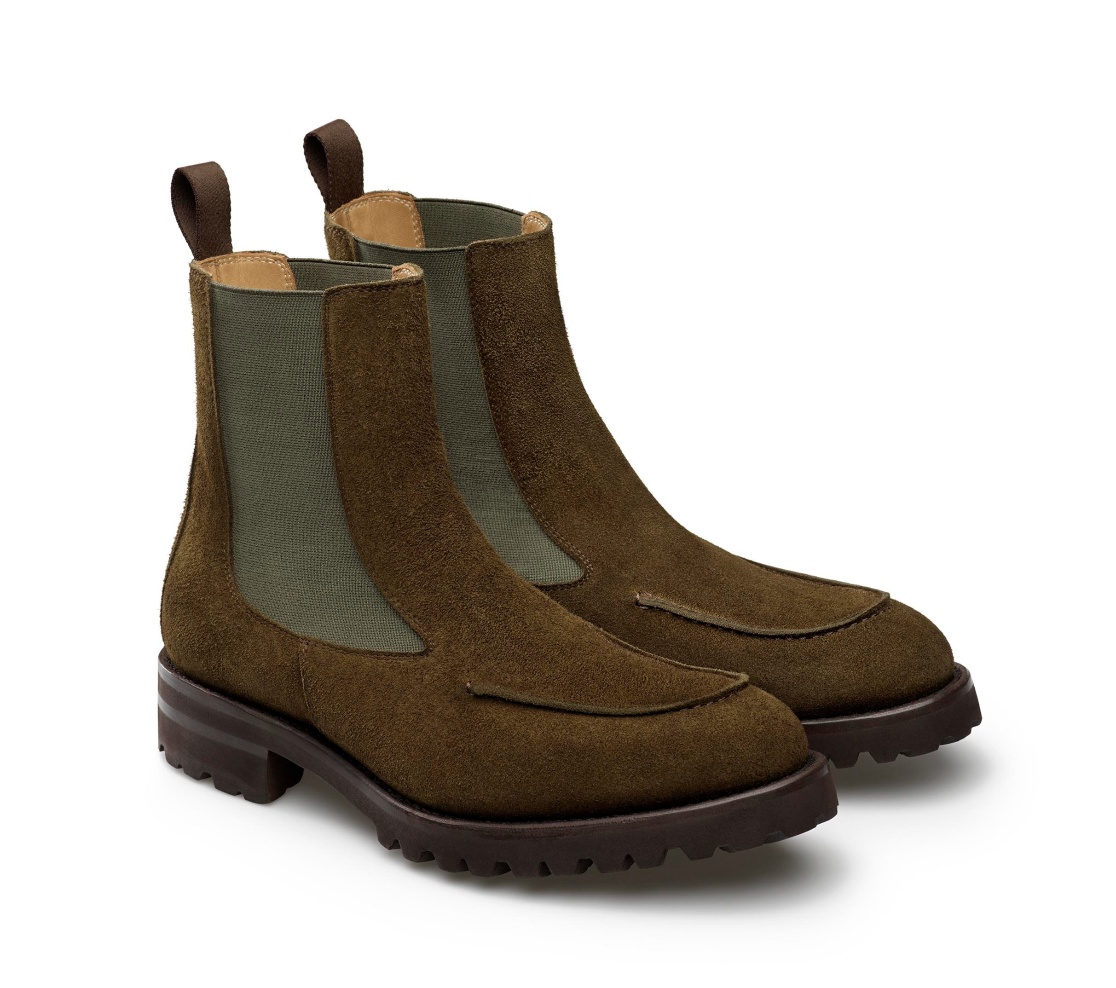 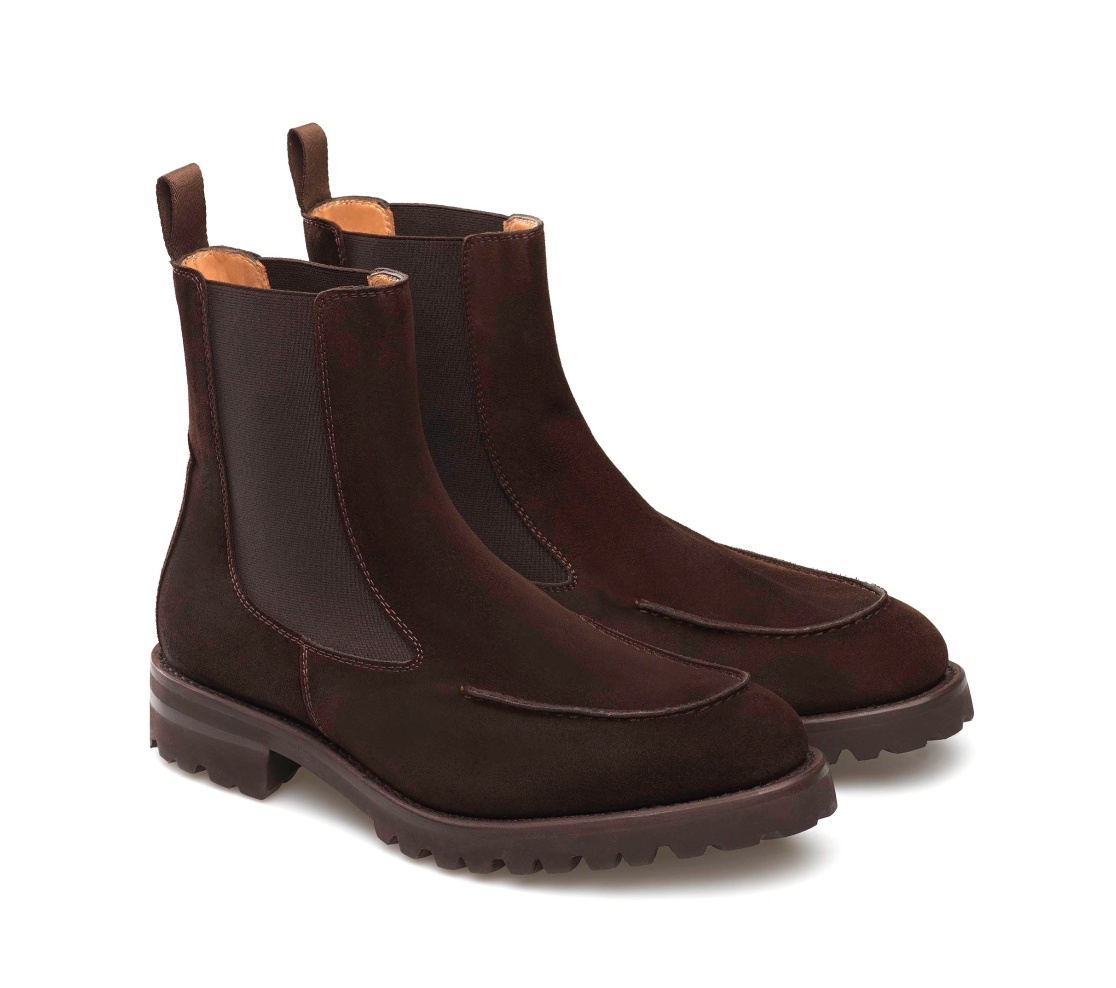 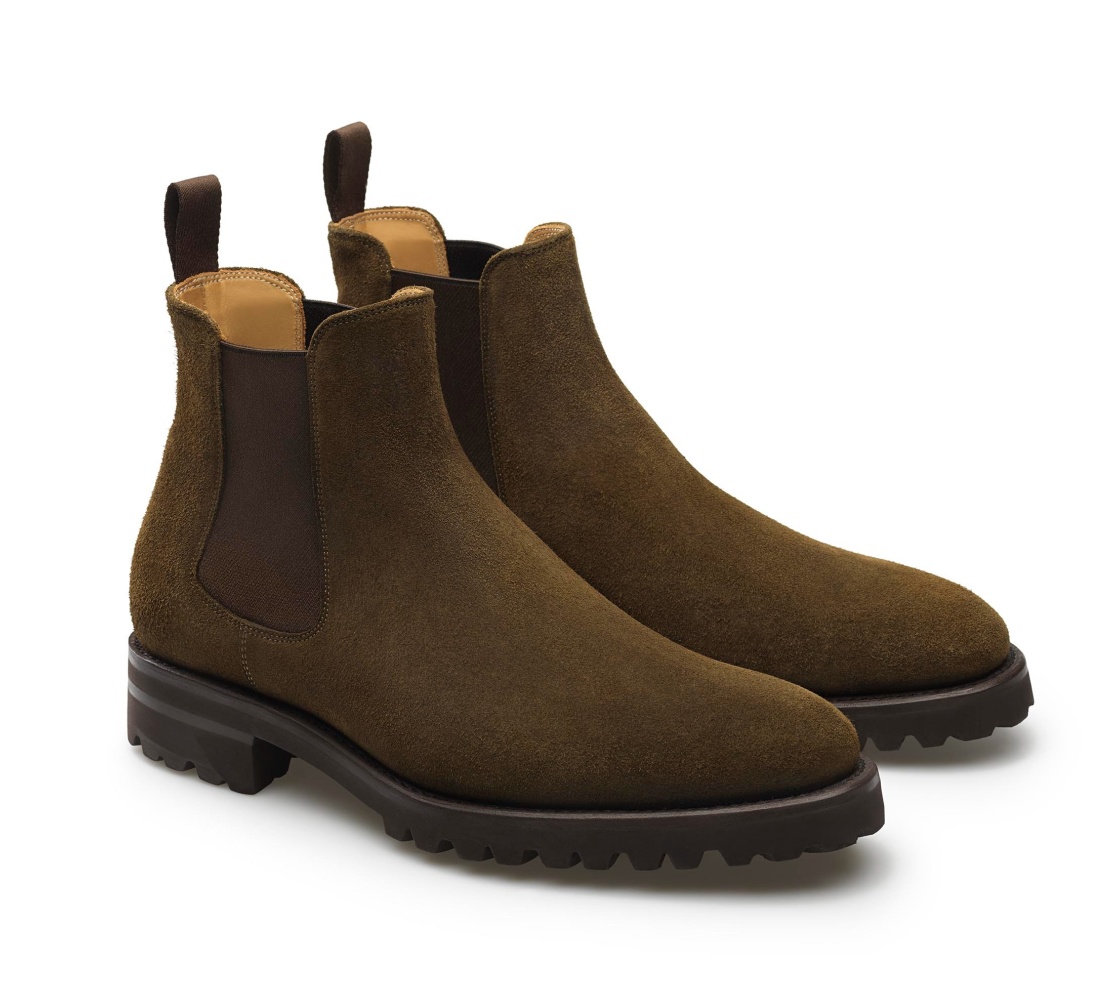 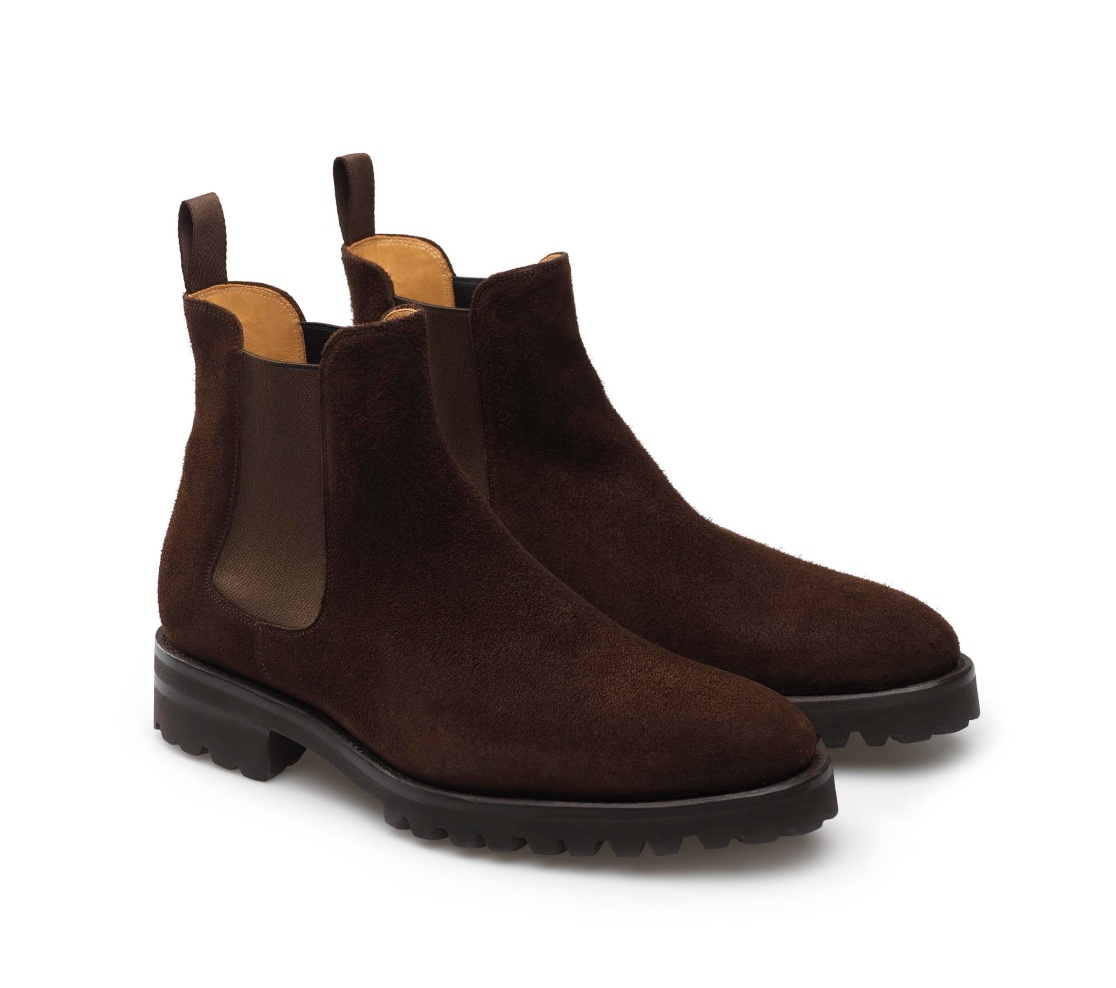 Chelsea boots for men have a unique design that has stood the test of time. Their world-renowned shape and design gained popularity during the 1950s, mainly because of the Beatles who were known for many things, boot style included.

Perfect for many occasions while looking great alongside almost every outfit, Chelsea boots for men simply can’t go out of style.

What are Chelsea Boots for Men?

Chelsea boots for men are a particular style of boot, typically made from leather, although suede can also be a perfectly viable option. Chelsea boots for men distinguish themselves from other styles because of the elastic side panels that make them easier to slip on and off.

However, this sometimes-overlooked simplicity also means versatility. A pair of quality handcrafted Chelsea boots for men can dress up a more casual look or tone down a more formal attire.

This is part of the reason why they became so iconic: in truth, they were a viable choice to meet queens and princesses, as they were to step on the biggest music world stages.

This was true back in the 1960s as it is today with the many variations Chelsea boots for men allow us to create.

History of the Chelsea Boots for Men

The history of the Chelsea boots for men is a fascinating one, which dates back to the Victorian Era and the mid-19th century. The original design belongs to the shoemaker Joseph Sparkes Hall, who first created them for Queen Victoria of Great Britain.

The boots soon became popular for everyday use, perfectly adapted to walking and horseback riding. This is also why Chelsea boots for men were once called “Paddock Boots”, although their creator named them the J. Sparkes Hall’s Patent Elastic Ankle Boots – which, although realistic, doesn’t quite ring the same bell.

Nevertheless, they quickly caught on and the style was adhered to by many, particularly in the west. From the mid-19th century until the outbreak of World War I, Chelsea boots for men reigned virtually supreme.

Following World War I came the Great Depression which, in turn, was followed by World War II. It was only during the 1950s and 1960s that the Chelsea boots for men became popular once again.

It began in the United Kingdom and quickly developed into an iconic element of the ‘mod’ scene. Worn by everyone from the Rolling Stones to the Beatles, the name for which they are known for today is thought to be associated with King’s Road, a street that crosses Chelsea and Fulham, in inner Western London, where artists and other influential people spent much of their time.

How to wear Chelsea Boots for Men?

With more than a century of history, Chelsea boots for men have been tried and tested on many occasions. Experience tells us they tend to work best when paired with streamlined, slim, and sharp tailoring.

However, it is important to note that there are no specific rules on how a pair of Chelsea boots for men should be worn, except for the one rule that suggests the leg of the trousers should fit just over the top of the boot.

Chelsea boots for men are best paired with chinos or jeans, although they can also work with a suit or even a winter coat. With chinos, you can get a little more dressed up, underlining a level of sophistication difficult to match. With jeans, aim for a classic, laid-back, yet elegant look. Wear a mid-thigh style or a light denim jacket and give them a chance to shine.

To enjoy the versatility they are known for, you can also wear them with a suit, keeping in mind that the trousers should be hemmed because they sit higher on the foot.

In the end, wearing a pair of Chelsea boots for men can be done with both casual and formal outfits. They can complement almost all looks you may be going for without much effort, offering you class and elegancy.

When acquiring a pair of Chelsea boots for men online at Carlos Santos, you will be investing in top-notch material, masterfully handcrafted by our experienced craftsmen and women.

Also worthy of note is their ultimate purpose. Chelsea boots for men are available in suede or leather. Leather has a wider range of applications and can better withstand the harsher Autumn and Winter weather.

Suede, on the other hand, can be a better choice for an evening encounter or a business-casual attire, although it might not be appropriate for a rainy day,

Knowing how to properly take care of them is also necessary. Like with any leather product, Chelsea boots for men need to stay hydrated, since leather is more susceptible to cracking when it dries out – use an appropriate cream throughout the year, as it keeps the shoes more flexible while adding a level of sheen. To clean Suede, use an appropriate brush for the treatment, available in our shoe care kit.