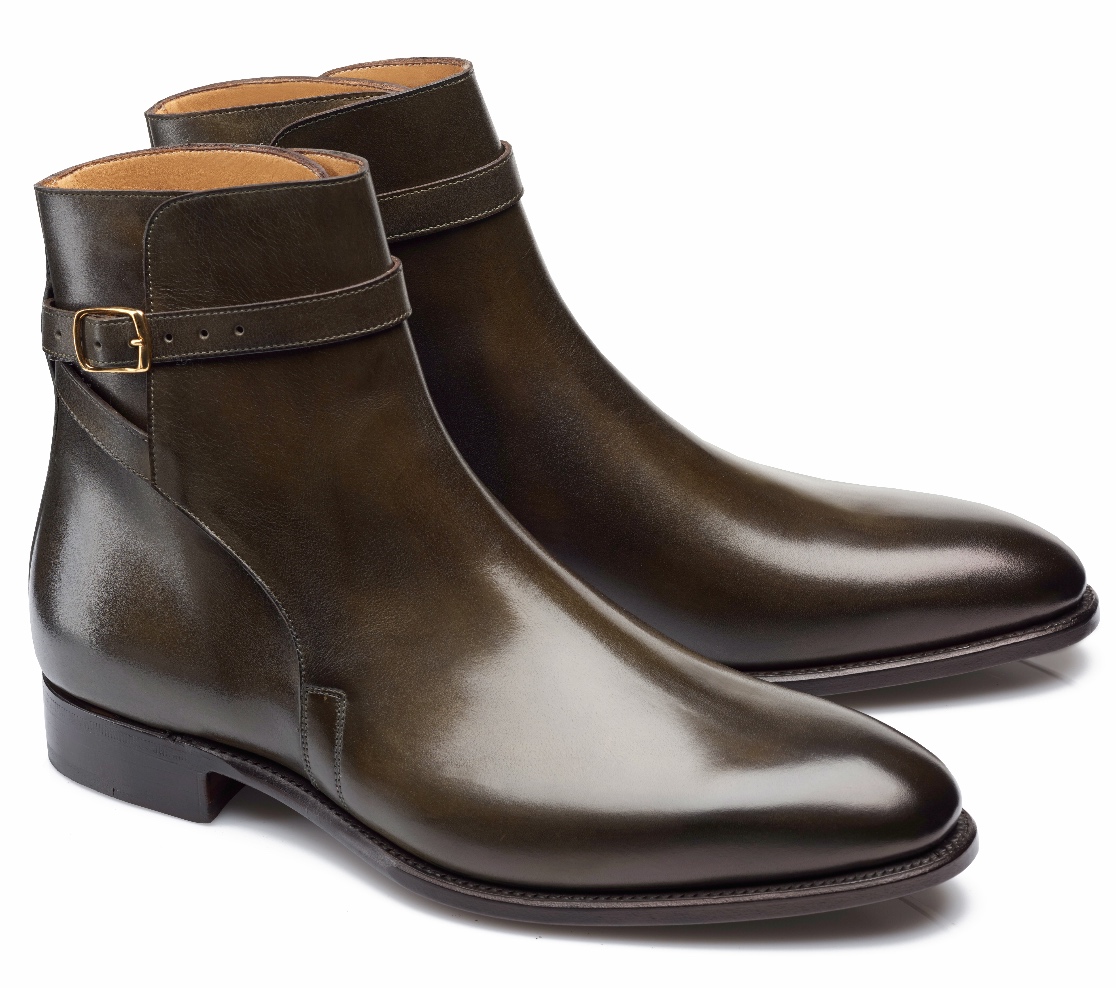 Jodhpur boots for men are thought to have made their first appearance in India. The boots were named after the second-largest city in the Indian state of Rajasthan.

Popularly known as the Blue City or the Sun City, Jodhpur is considered the cultural capital of the state. It features many palaces, forts, and temples, with the Thar Desert occupying its background landscape.

Nevertheless, Jodhpur boots were first worn by local Polo players, but they soon became a trend in western society as soon as the 1920s. They were usually worn either when working in the stables or while hiking in the countryside.

A classic type of shoe, Jodhpur boots for men by Carlos Santos have unique characteristics that distinguish themselves from other ankle boots.

What are Jodhpur Boots?

Jodhpur boots, like so many other types of boots, have an equestrian root.

The difference is that the men’s Jodhpur boots are always ankle high, and were initially designed with a rounded toe and a low heel. They are easy to slip on and off and were originally fastened with a strap and a buckle.

Today, designs also include straps that do not wrap entirely around the ankle. However, when designed by Carlos Santos, our Jodhpur boots are handcrafted according to what is considered the absolute classic design pattern.

Their vamp is sewn on top of the quarter, with the strap divided into two different parts, each attached to the vamp itself.

Ultimately, leather is the material of choice for handcrafting quality shoes. With these boots, it is no different.

Our unique leather Jodhpur boots are handcrafted by a team of expert craftsmen and women, according to the Goodyear Welted construction system. In all, more than two hundred manual operations are needed.

Designed by Carlos Santos, the Aaron is our signature leather Jodhpur boot, offering you an elegance capable of making other ankle high boots too plain.

How to wear Jodhpur Boots

Up to the early XX century, ankle high boots were the dominant form of men’s footwear.

Their popularity then somewhat declined, but by the 1960s men’s Jodhpur boots had found their way back to the wardrobe and have since then been a part of every menswear shoe closet.

Jodhpur boots have many advantages over other ankle high boots, which makes them an excellent choice when investing in a new pair of boots.

They have a distinguished look with their large leather canvas that adds just the required sophistication to any outfit.

With a close fit and a low heel, their intriguing design gives them a sleek look that makes them work with either a sports coat or a leather jacket. Jacket lapels, collar shirts, and ties should match the slimness of the boots.

Jodhpur boots with a suit can also work. Particularly in the context of today’s business casual environment. Just imagine them alongside grey flannel pants, an Oxford shirt, and a blue navy blazer.

For the casual option, what about a pair of suede Jodhpur boots alongside a pair of chinos and a button-down denim shirt?

Whichever the case may be, there is one rule to remember: whatever the outfit, jeans, pants nor trousers should ever be tucked in, even though there may be an urgency to boast their straps. And although their colors can widely vary, black or brown Jodhpur boots are the most classic choices.

However, they can be versatile and offer a lot of room to experiment with. When in doubt, just apply the same rules as ever to match shoes and outfits.

Where to buy Jodhpur Boots

Before getting into the “where”, perhaps it would be appropriate to also understand the “how”. Namely, the “how” to choose a pair of Jodhpur boots to buy.

You will be giving thousands and thousands of steps with your new quality pair of Jodhpur boots. As such, fitting must be perfect. To achieve perfection, one finger must be able to fit behind the heel, without you feeling any pressure on your toes.

Having in mind your personal preferences, you should also pay some attention to the characteristic straps of the Jodhpur boots as there are many options.

However, the classic choice would be the one available at Carlos Santos Shoes online store.

Available in Bosco, Braga, Coimbra, Noir Shadow, Wine Shadow, and Norte colors, Men’s Jodhpur boots by Carlos Santos are constructed according to the Goodyear Welted system, because, in the end, good craftsmanship and high-quality leather are what matter most in a beautiful and elegant pair of Jodhpur boots.