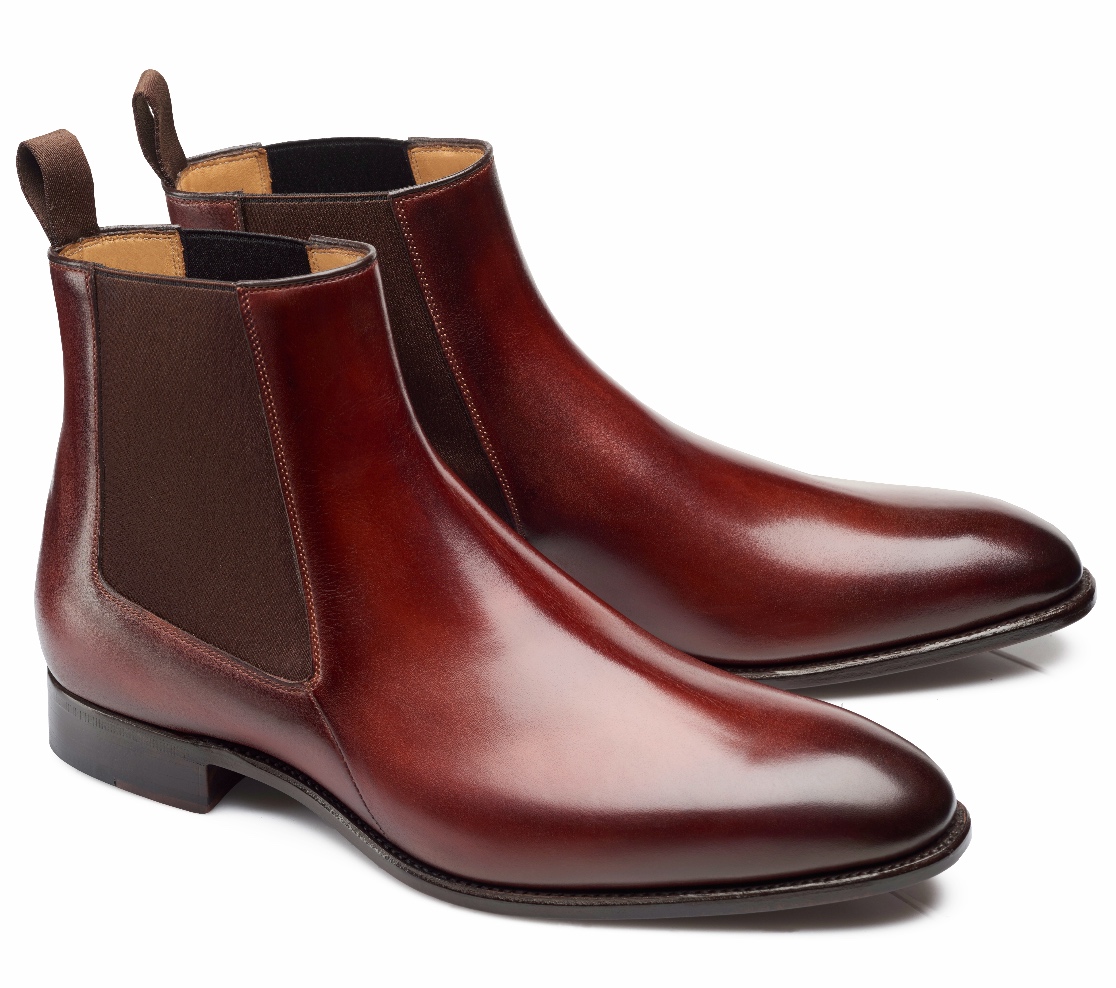 Chelsea boots for men have a timeless shape and design, perfect for any occasion or style, from the formal and semi-formal to the smart casual and business casual.

What are Chelsea boots?

Dating back to the Victorian era, the original design of the Chelsea Boots is credited to the XIX century shoemaker J. Sparks Hall. The boot became popular for horse riding as well as walking, and the fashion began to catch on by the late 1840’s, becoming a prominent style in the West until the onset of World War I.

Chelsea Boots are considered an iconic element of the mod scene, a subculture which began in the United Kingdom during the 1960’s. Worn by everyone from the Rolling Stones to the Beatles, the name is thought to be associated with King’s Road, a street that crosses Chelsea and Fulham, in inner Western London.

These handcrafted Chelsea Boots for men are close-fitting, ankle-high boots that can be easily removed and put on again.

When to wear men Chelsea boots?

Chelsea Boots for men pair well with a streamlined, slim and sharp tailoring.  There are no specific rules on how they should be worn. However, have in mind that colours should not clash. The most important thing to remember is that the leg of the trousers should sit just over the top of the boot.

When purchasing a handcrafted pair of Chelsea Boots by Carlos Santos you are making sure you are acquiring a pair of Chelsea Boots made of the best material that can be found. They will not fall apart as soon as you begin to use them, but please consider when and where you will be using them. Suede does not work well in wet weather, but may look smarter during an evening encounter, whereas leather has a wide-range of application, perfectly capable of enduring Autumn and Winter.

Chelsea Boots are best paired with jeans, chinos, a suit or even a winter coat. Paired with jeans, they offer a classic, laid back look – an easy, but elegant outfit. A little more dressed up but much less formal than a suit, they also pair definitely well with chinos and are able of underlining a level of sophistication that cannot be easily matched. But these handcrafted Chelsea Boots can also be worn with a suit, keeping in mind that the trousers should be hemmed, because these boots sit higher on the foot.

These boots are also perfect for Winter, and they will likely be used along with a winter coat.

Look for a mid-thigh style or a light denim jacket, which will really give them a chance to shine.

How to clean Chelsea boots?

Knowing how to take care of your new male Chelsea Boots is also a must. Like with any leather product, they need to stay hydrated, since it is more susceptible to cracking when it dries out – using an appropriate cream throughout the year can be a problem solver, as it keeps the shoes more flexible while adding a level of sheen.

When it comes to versatility and style, the Chelsea Boots handcrafted for men are the ultimate pair of shoes, deserving a spot in any shoe rack.